Six friends become prey for a sadistic psychopath when they decide to ditch their high school’s after-prom party for their own celebration at a secluded house. 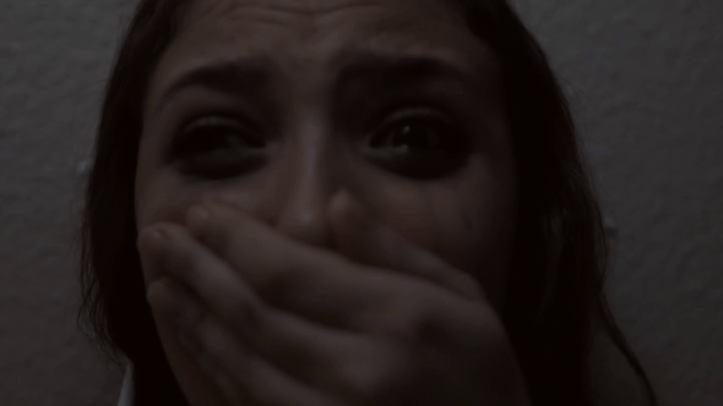 Party Night crashed on DVD from Wild Eye Releasing and gives us a pretty by the book but watchable slasher film. It’s prom night and a group of friends goes a house where nobody is supposed to be around and as you can probably guess, that opens the door for them to be killed off one by one. The killer and kills we have here aren’t on the level of a Friday the 13th or Jason, but for a modern take on the horror genre, it could have been a whole lot worse. This comes from the same director as Mrs. Claus and if you’ve seen that one, then you kind of have the same idea as what to expect here with this one. We have a movie with a cast of characters you won’t ever call the most likable, but if you are just watching because it’s a slasher and you want to see people killed off, then you’ll be happy with what you get here. One character is even played by Destinie Orndoff who has a pretty big following of her on online in the horror community and she does a better job here than she did in her own horror project, Red Eye.

If this movie had anything going against it, I would probably say it could have used a better killer. That goes a long way in a slasher and some times those characters can fall a little flat. I think we could have used a better killer or at least a better gimmick for that here. The kills are fine for what they are. I dig the little nods and name dropping of other movies and VHS tapes. I even thought it was well-paced, but it does miss a few key elements of a slasher. Sadly, those aren’t always easy to hit on an indie level and trust me I can relate to it. Still, Party Night is a good film for what it is but might not be one you re-watch very often after you finish it up the first time.