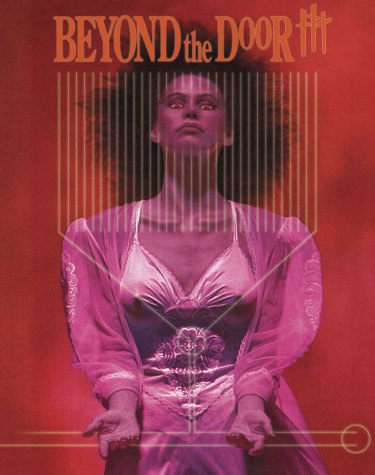 Shy American college coed, Beverly Putnic, has been invited to go on a class trip to a remote part of Yugoslavia to witness and take part in an ancient cultural rite. But what Beverly doesn’t know is that she’s actually being lured to Europe in order to be made the bride of Satan! Narrowly escaping from the clutches of a witch, Beverly and her classmates take refuge on a train. Unfortunately, black magic meets them at every turn as the train becomes possessed and begins offing them one by one.

I must admit that heading into Beyond the Door III I’ve never seen Beyond the Door I or II but I don’t think that’s vital at all for this one. The movie was also released under another, not as cool title that brings forth the fact that a chunk of the movie takes place on a train but we’ll just got with the Beyond the Door III name for the review. This story that deals with a girl who is born with an odd birthmark on her and might very well be a descendent of the Devil himself is an odd little feature that I had a lot of fun with while watching. It might be considered soo bad it’s fun to some, but I can’t say a bad word about the blood in this one, as the effects are pretty cool for the time and even when they are kind of bad in spots they are usually so gruesome or full of blood you don’t care at all. 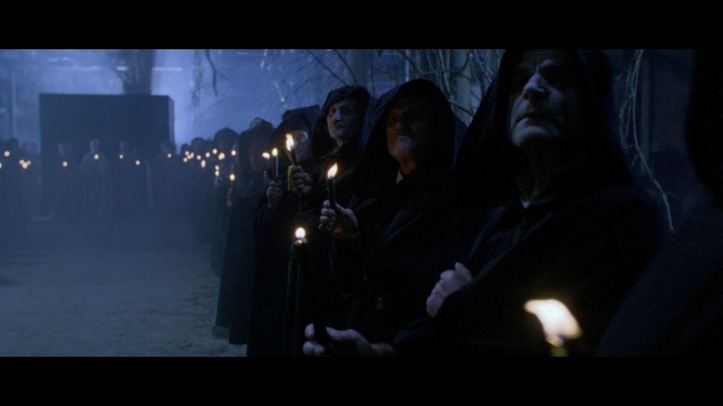 The movie tends to be a bit all over the place but it packs some memorable characters (for better or for worse). It has some outrageous moments and some wild twists and turns along the way that doesn’t always make the most sense but still manages to stay in line with the rest of the crazy stuff we’ve seen in this one leading up until this point. I can’t say you will always be able to make the most sense out of Beyond the Door III but I can say that you will have a good time with it. Especially if you like wild and weird movies that just so happen to have some over the top kills in it. It looks good in HD and it keeps you watching. I don’t think you can really ask for anything else when it comes to weird and obscure horror movies.